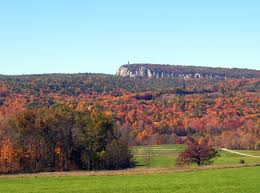 I was curious how much luggage to take. Exactly what do you pack for a year abroad with your two children. My first thought is that my 9- and 10- year-old will outgrow everything by the time we return and any clothes for winter should be bought in China since I won’t know what size they will be by that point. Also, the school they will be attending in China has a uniform. I have yet to figure that out since we were so last minute with our tickets and visas. School particulars, including uniform purchases, took a backseat to our actual travel.

For example, today, the day before we plan to travel to China, we still do not have our visas or plane tickets and we are planning on flying out tomorrow. I have left all this stress to Soren to figure out. His job has been helping us arrange our documents and we hired a private company to process our visas since we are running so late in getting to his job there. He will be teaching at a school. Their school term started last week and he had to miss the first week of instruction. They hired a substitute. They want him there, and we want to be there. He took the job back in June, but here we are, still processing the paperwork.

So, on this Friday, before we are to leave for China, Mel and I drive Soren to the 24-hour clinic near New Paltz to get muscle relaxers and pain medication. There was no way he would make it on a plane for 15 hours the way he was feeling. Then, thankfully, Mel stuck around and helped me make sure all our bags were packed meticulously and that we had at least the basics for arrival.

The visas arrived by UPS late in the day. Soren ordered our plane tickets as soon as he had them. I think we had tickets by 9pm. We will be flying out around 4:30pm on Saturday.

The bags are packed. The house pretty clean. Mel is a backup contact for Michael. Michael is here to housesit. We really are going to China.

My oldest daughter, Taelor, and her boyfriend, Taylor (I know), were able to come down from Chicago for the week and help us get the house in order and spend time with Lars and our youngest, Winona, before we left. Tae just graduated from University of Vermont and the “Taelors” are looking for work in the Chicago area. Things are getting real. I will leave two older daughters behind, my house that I love, all my very good friends and family, and take only eight suitcases. Granted those suitcases were fully stocked! (I even packed peanut butter.)

View all posts by abergeson2013